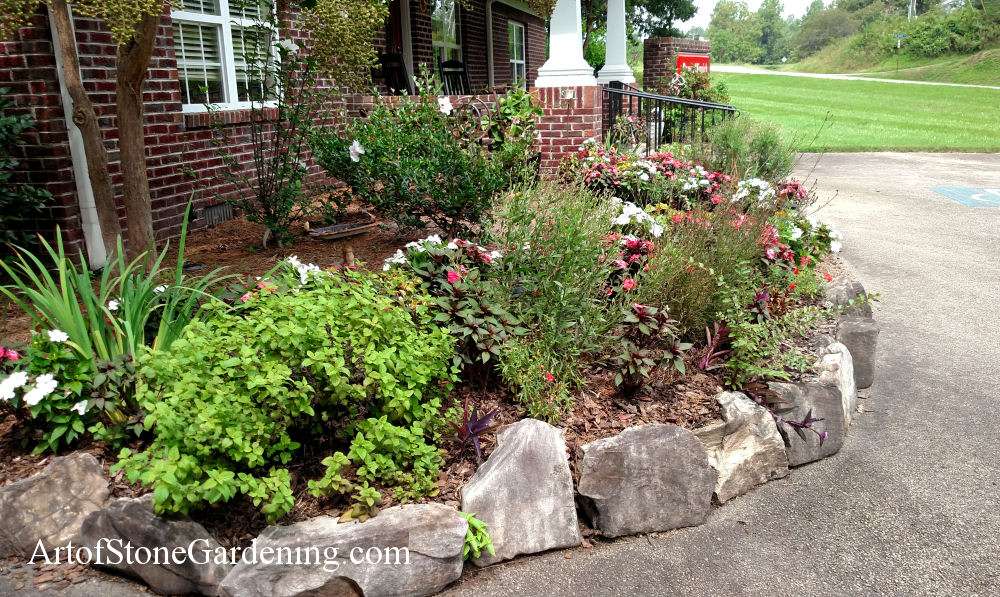 An abrupt end of dirt or mulch is usually the only indication of the border of a garden bed. While this may work for some beds, adding a physical barrier has multiple benefits.

Borders can be made of any material imaginable. Popular mediums include metal, wood, plastic, and stone. Stone is the most preferable material as it will not rust or rot, and it’s less likely to break if stepped on or run over.  Larger boulders, like the ones above can be rustic when paired with a barn or traditional with bricks. However with all the different kinds of rocks, in every size, shape, and color, stone borders can match any garden aesthetic. 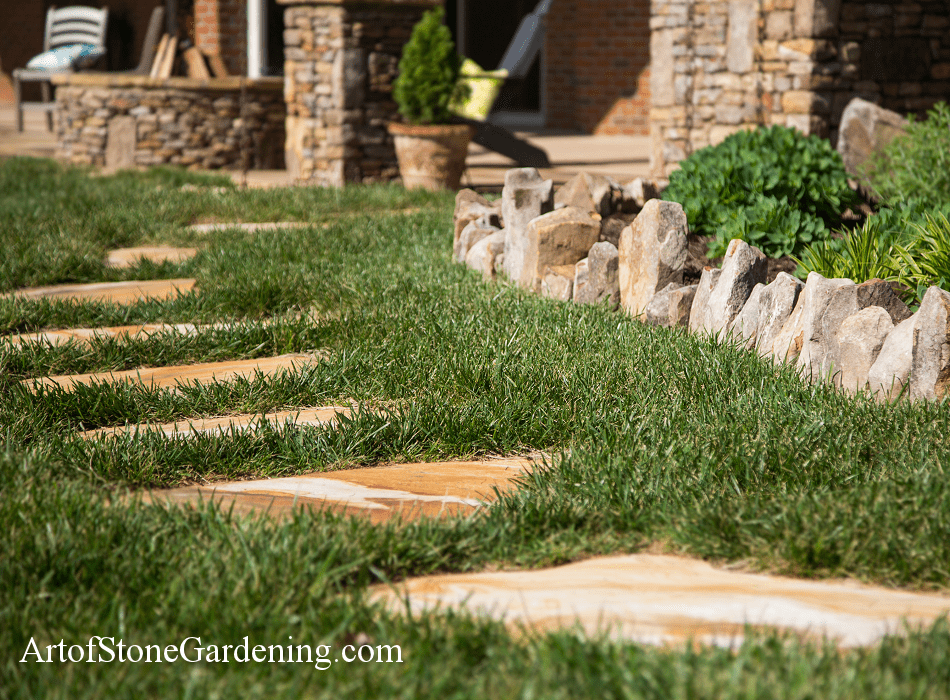 For this particular house, Suzanne chose a small but funky looking border. The house is a traditional, brick home with clean, bold features. But you can see personality in the details of the home, like the copper gutters and rain chains. The homeowners are imaginative and artistic, and Suzanne wanted to reflect that in their garden. The uneven line of uniquely shaped stones added another pop of personality without clashing with the aesthetic of the home. 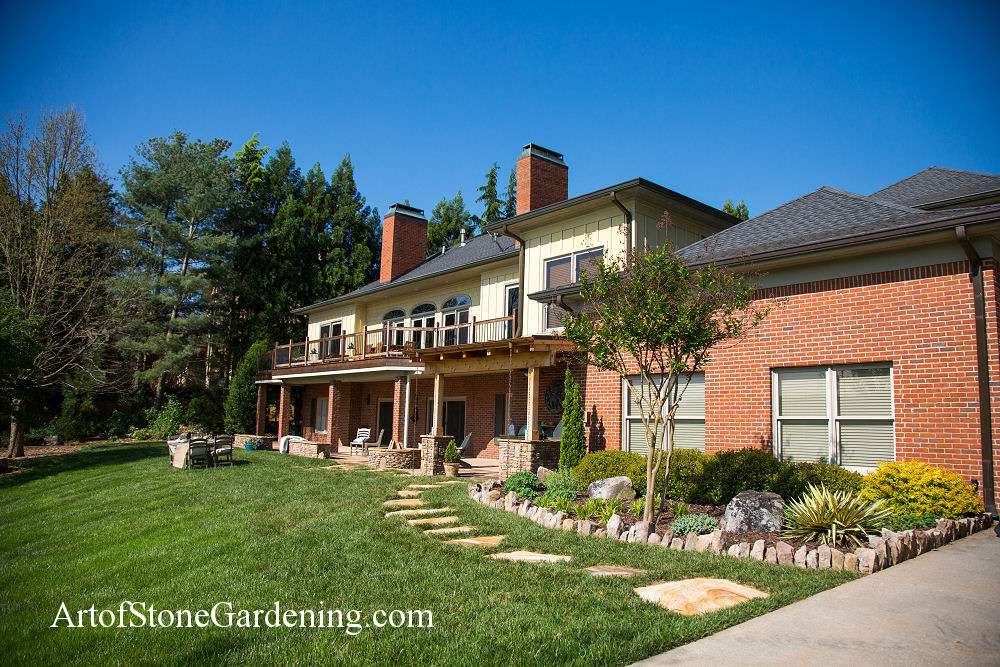 A border also helps to keep dirt and mulch in place, especially for raised beds and beds on a slope, keeping concrete cleaner and wood chips out of the grass. It also gives a garden a more organized and neater appearance by giving plants a defined area to grow in. A stone border can also protect plants planted near grass safe from stray mowers and weed eaters.

The edge of a drive way is also a good place for a raised stone border. When set in concrete, the stone acts as a warning block, alerting unobservant drivers of the edge of the driveway. And while the border won’t prevent someone from driving off the curb, it can discourage stray tires from running over plants or stray cars from driving off a cliff. 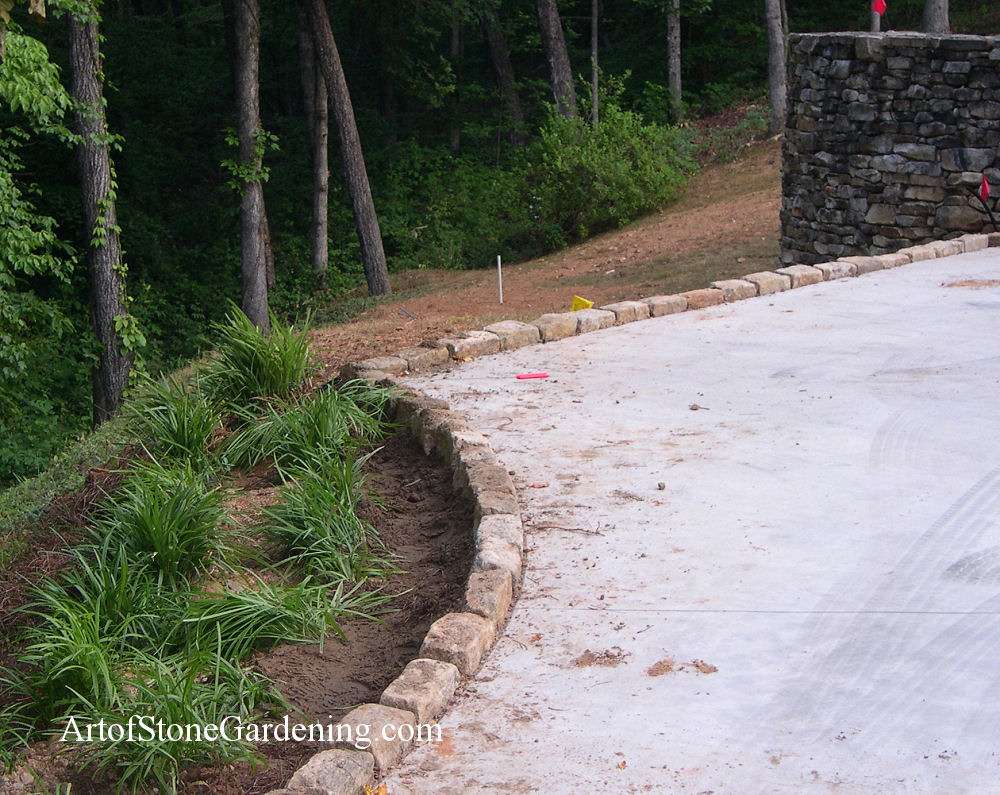 The mailbox below is a wonderful example of a multipurpose stone border. Grass did not do well in this area, leaving a dry and dusty eye sore. So after Jason built the stone column around the mail box, Suzanne mixed good dirt into the soil and planted beautiful salvia. To make sure that the good dirt or the expensive mulch did not wash away, Jason added a stone border that matched the mailbox. And because of the border, Suzanne could add even more dirt and plant the saliva up higher, away from the ever-saturated red clay. 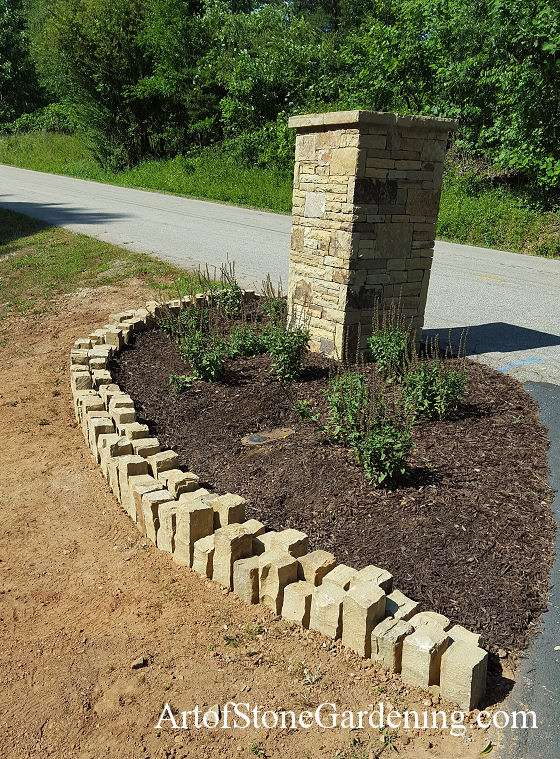 Many people overlook installing physical borders in their gardens. It seems like such a small, unnecessary detail. What they don’t realize is that installing a border now means less work later; mulch and plants are kept in place, safe from roaming wheels and overeager lawnmowers. 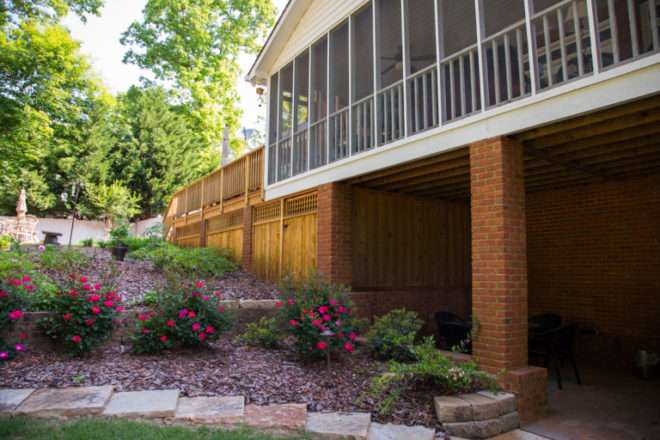 Upgrade Your Home and Landscape with a Deck Redo 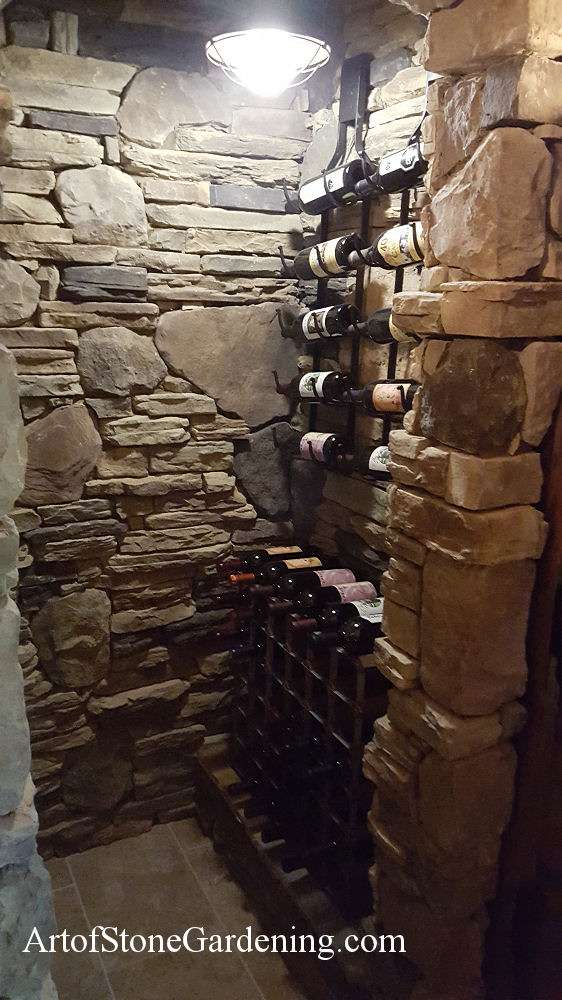 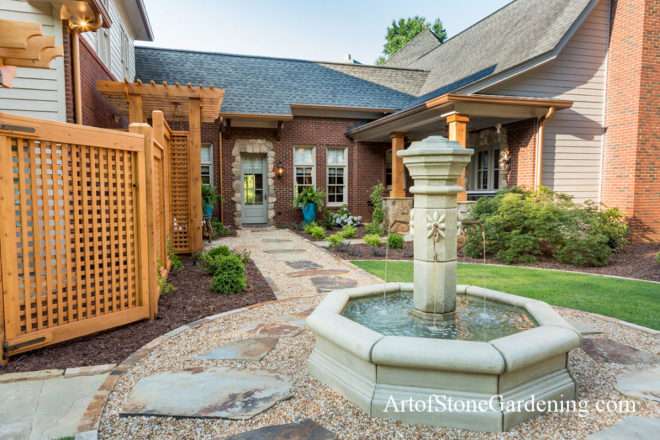 10 Questions to Ask Your Landscaper – Hardscaper 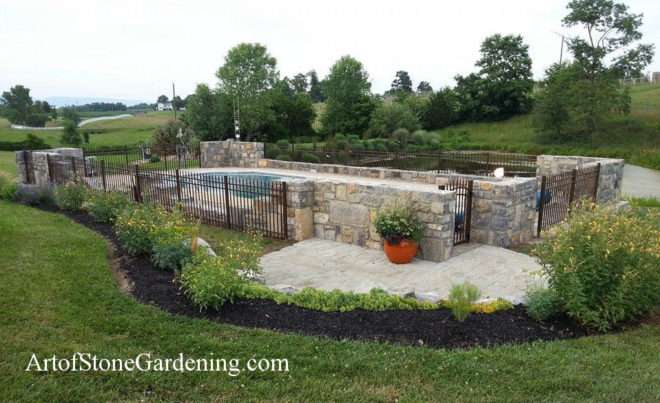 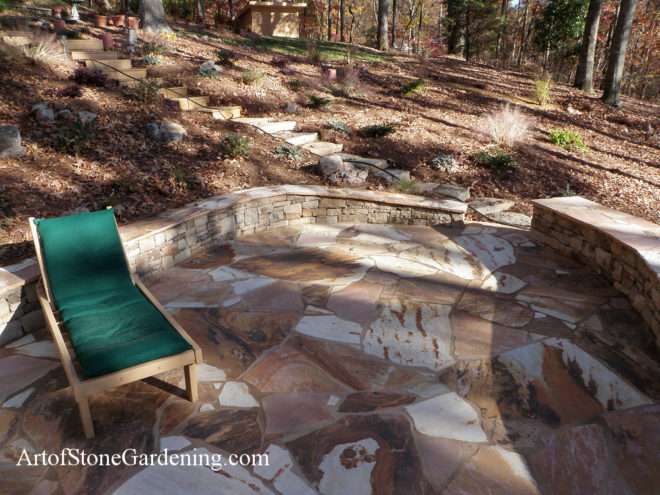