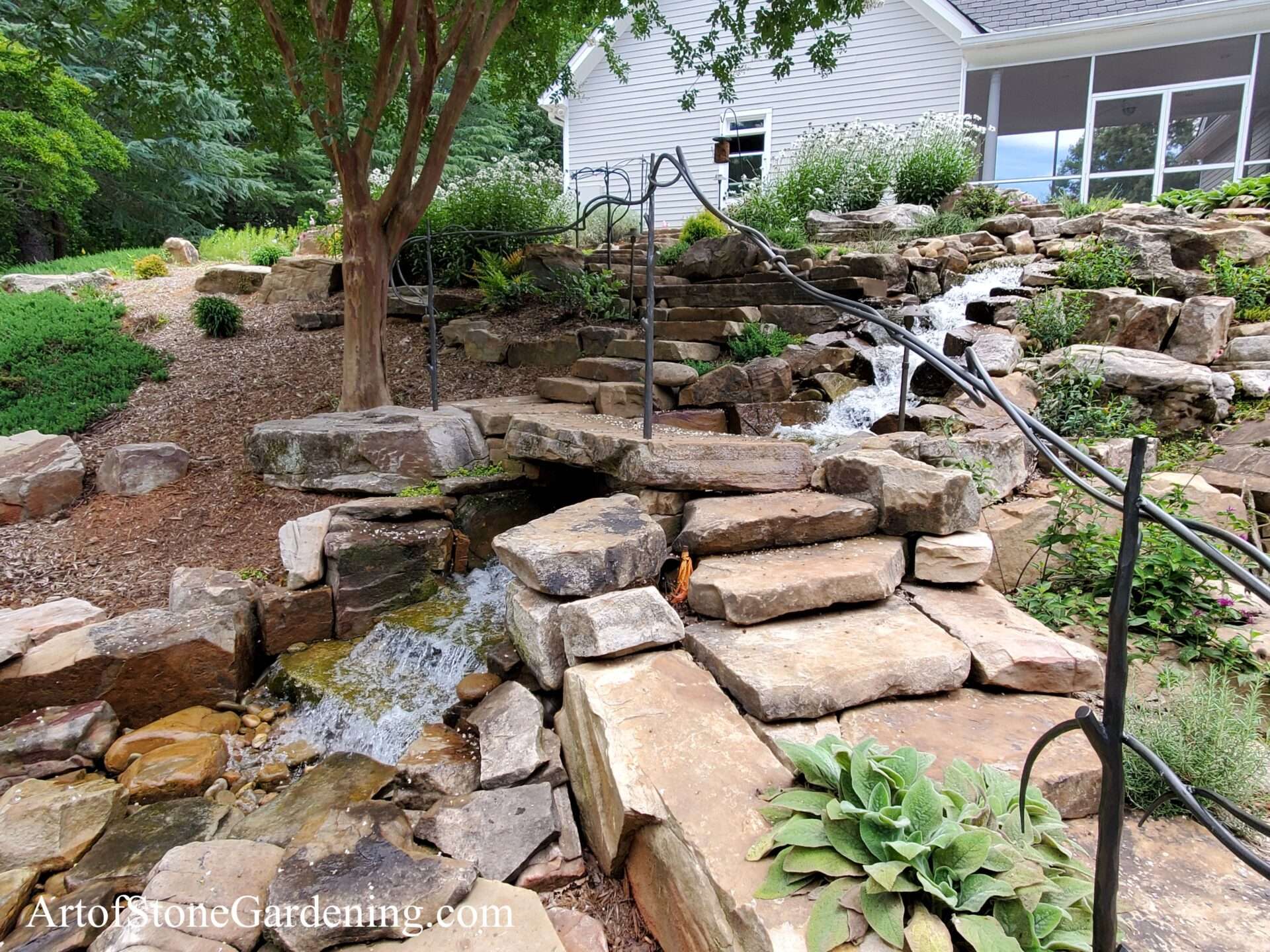 Metal and Stone for the Ages

There is something very special about the combined use of metal and stone in a garden. From the building we inhabit to the cellphone in our pocket, these strong elements are extremely useful and can be found all around us in the day-to-day. Because they’re so common, metal and stone are often seen as boring or ordinary, but in a garden, they come to life. Contrasted by the organic shapes of plants and uninhibited growth, metal and stone stand out individually, the stars of the show. But together, they make a wonderful duet.

History of Metal in the Garden

Metal art is defined as, “any artwork that is crafted from the ‘ores of the earth,’ including bronze, gold, tin, lead, silver, and iron.” Similar to stone, the use of metal can be traced back as far as the beginning of history itself. The earliest civilizations created tools, dishes, utensils, and even human figurines out of metal. Some of the most beautiful and valuable items to survive ancient Egypt include fine metal jewelry, gold coins, and elaborate funeral masks.

Later, Rome and Greece started creating large statues cast in Bronze due to the durable nature of the material. Though it is debatable who can claim to be the first, many historians believe it was these classical civilizations who first linked ornamental garden sculpture with metal. In his introduction to Antique Garden Ornament, John P.S. Davis writes, “The Greeks and Romans were the first in Europe to create large gardens where not only plants, trees, and nature followed man’s designs, but which were also adorned with marble and bronze effigies of gods and heroes. The contribution of these classical sources was to have far reaching effects on gardens throughout the Western world.”

Metal continued to play its role in art and industrialization throughout history, but its most significant development in the garden can be seen during the Victorian era with the popularization of iron gates and railings. According to The Victorian Emporium, “In Victorian times the creation of attractive and impressive houses was the order of the day and this included garden paths which were often decoratively tiled, gates and railings, a statement of affluence and well being.”

Wrought iron and cast iron gates were status symbols intended to mark the boundaries of a private home from the street outside, while also reflecting the ornate architecture of the building it enclosed. Though the lighter metal fences of today are a far cry from their stark black, thick, and elaborately crafted ancestors, the influence of these iron structures can be seen throughout modern landscaping.

Metal and Stone in Action

Metal and stone in the garden are a perfect pair but that doesn’t mean they’re the easiest materials to work with. Though we consider ourselves experts on the stone front, we love enlisting the help of others when it comes to metal. There are some projects that need simple touches like lights or handrails, but a lot of our projects need custom work to fit the needs of the client. The good news is when you “go custom”, you also have the opportunity to create something unique and personalized to your aesthetic.

Sculpture Garden in the Mountains 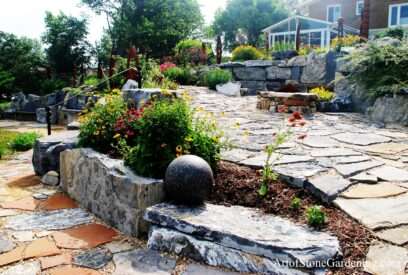 A few years ago we worked on a house up in the mountains of Virginia that overlooked a scenic valley below. The garden had a very eclectic vibe full of sculptures and interesting shapes. Along with our hardscaping services, the client hired an artist by the name of Spencer Yates to create specialized metal supports and structures that went along with the garden’s modern flare. Though they also served as artwork, the pieces were intended to be creative ways of guiding the individual through the garden without being too obvious like a fence or railing. The metal sculptures keep the admirer from falling off some of the larger stones and retaining walls by giving gentle suggestions and indications of where not to step.

The client gave Yates free reign on the design, only asking that he use iron as his main medium. This was because she wanted to use a material that would rust and change over time, paying tribute to its natural quality and chemistry. The mountain garden boasts 14 distinctive iron sculptures, none two are alike. They are joined with stainless steel wire and perfectly match the fun, funky feel of the landscape and the surrounding stone. We installed natural stone benches, staircases, and pathways that also provide the garden with contrasting texture and dynamic shapes. Together, these stone and metal structures are what make it the artful oasis it is today.

This past summer we worked on a project in Dahlonega that also required custom metal work that would flow with the design of our hardscape. We created a meandering stream with stone steps that act as a bridge over the waterfall. The steps needed some form of railing to ensure safety but also, you guessed it, to create art. We reached out to a local artist who specializes in ornamental ironwork, Andrew Crawford. For the handrails he created graceful, flowing black lines that twist down the stairs following the curve of the stream and steps below.

Metal and stonework are timeless art forms that can look modern or traditional, they can be purely artful or practical, and they can fill big or small needs. Together they create versatility and visual contrast to any garden. Though plants and trees are often the ones in the spotlight, metal and stone are a classic duet known to steal the show. 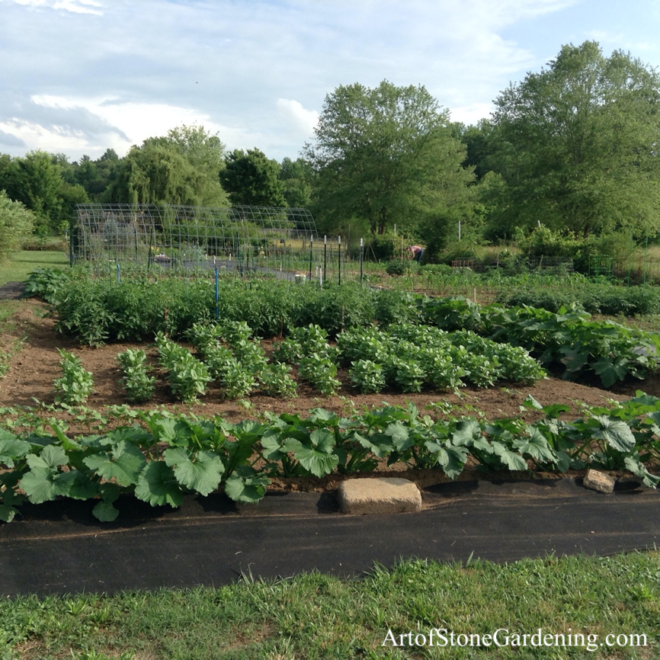 Those Who Plant Together, Grow Together 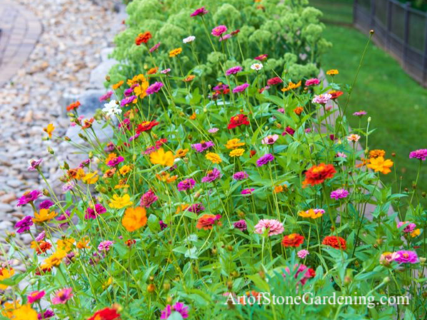 Flowers: Medicine to the Mind 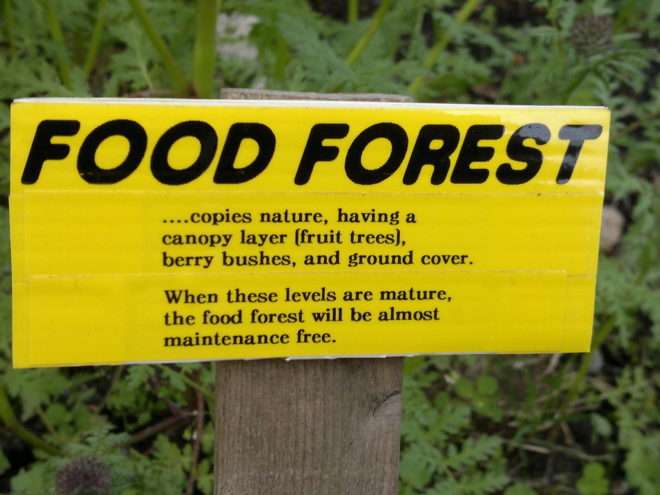 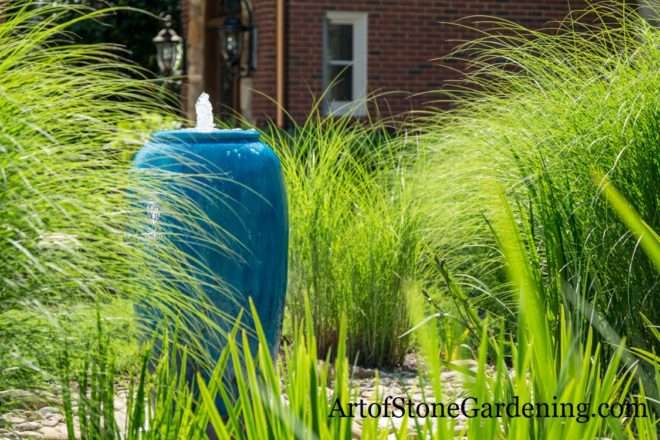 How to Make a Splash with a Simple Fountain 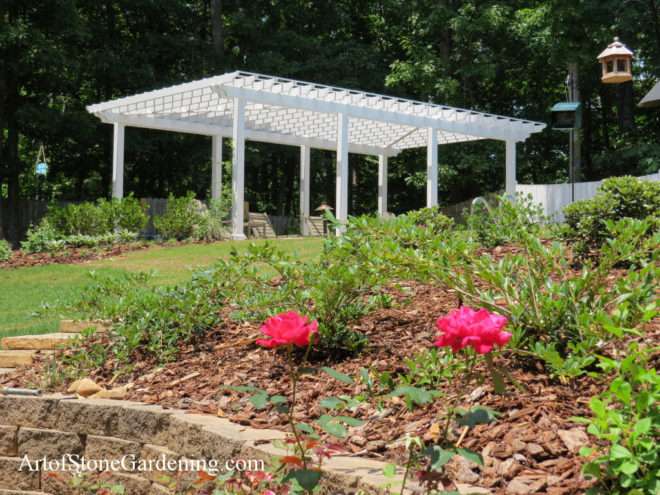 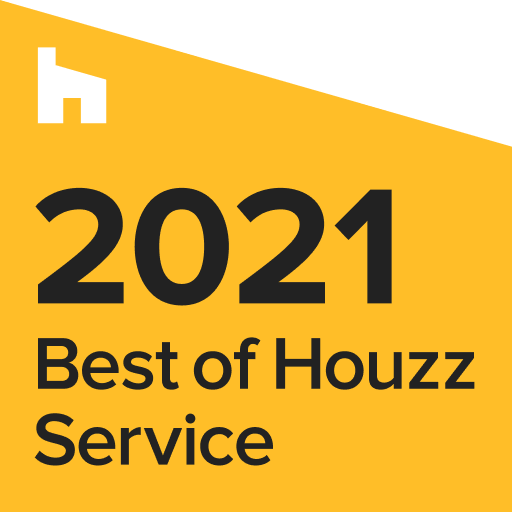