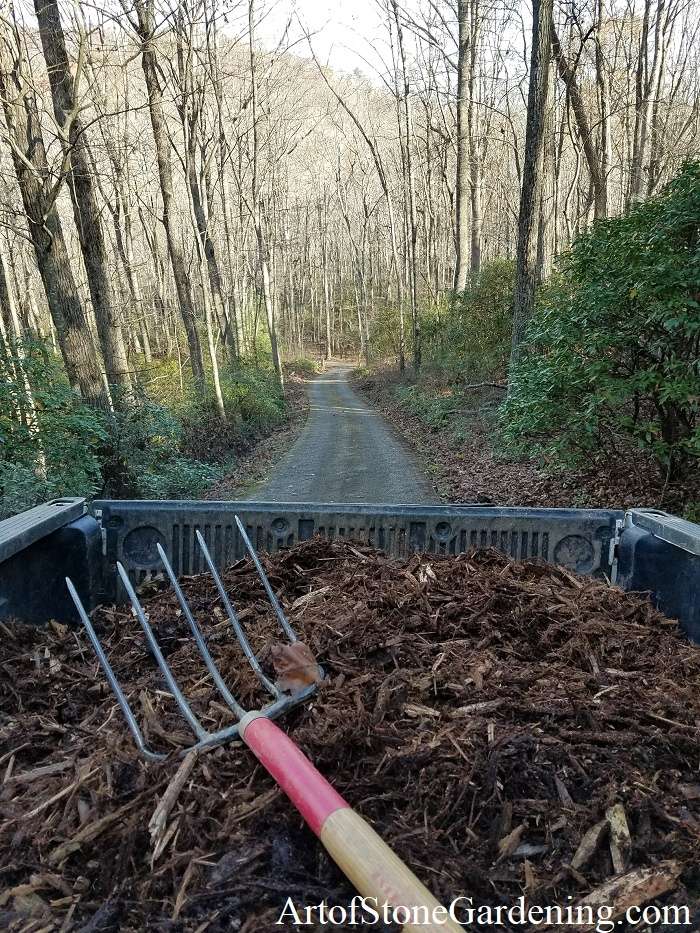 Be Picky about Your Mulch

Mulch is an essential part of any landscape. It helps the ground retain moisture and adds nutrients to the soil as it decomposes. Mulch can also help protect your plants from winter freezes, acting as a natural insulation barrier. Where as nature uses fallen leaves and dead plants as mulch, landscapers and homeowners prefer a more sophisticated solution. Most importantly, mulch suppresses weed growth.

Dyed mulch is one of the most popular options because of the uniformed appearance it provides. It’s made of shredded wood, often from recycled wood, and comes in a variety of colors.

One of the longer lasting options is pine bark mulch. Compared to shredded wood, it takes longer for bark to decompose because its made to withstand the elements. It can be referred to as pine nuggets or just pine mulch and it comes in various sizes.
Pine straw is another popular, yet inexpensive option. While it doesn’t retain moisture as well and needs replaced often, many people love the look of pine straw and don’t mind replacing it yearly because it is relatively inexpensive. Pine straw can also be used in conjunction with mulch. 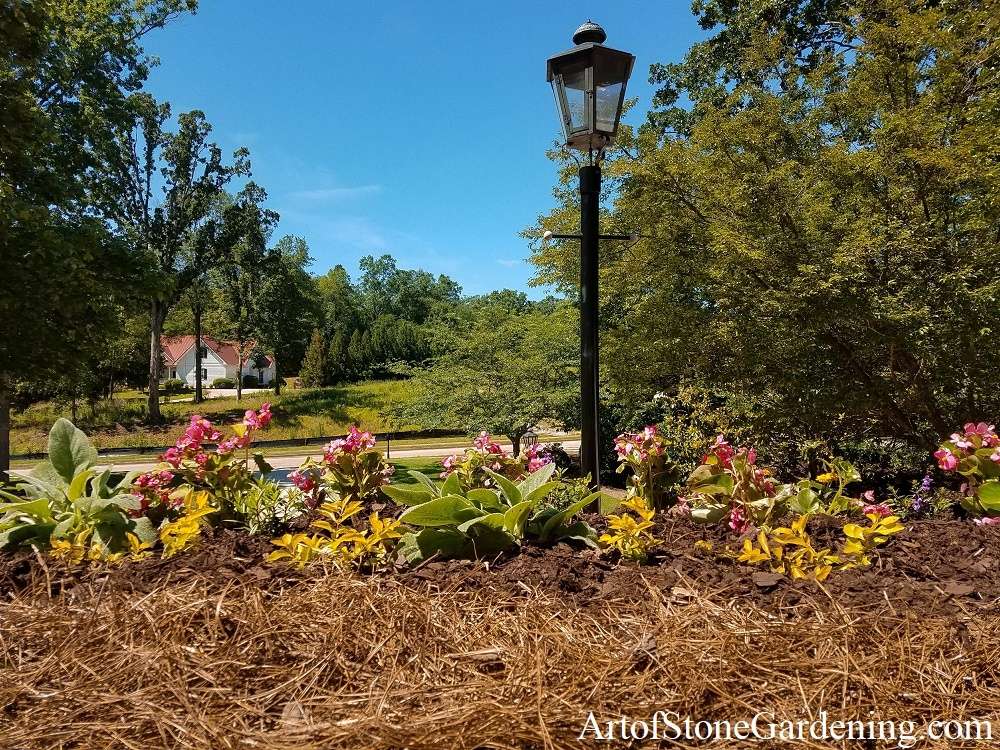 Hardwood mulch is another shredded mulch that can come from a variety of sources. Cypress mulch is a more expensive option but is also a very beneficial mulch. It provides stunning color without the use of dyes and has insect repelling qualities. Cypress mulch is also known as the No-Float mulch, meaning water has a hard time washing it away. Regular hardwood mulch is less expensive, often made from pine or oak, and doesn’t need replacing as often as dyed mulch because of color loss. 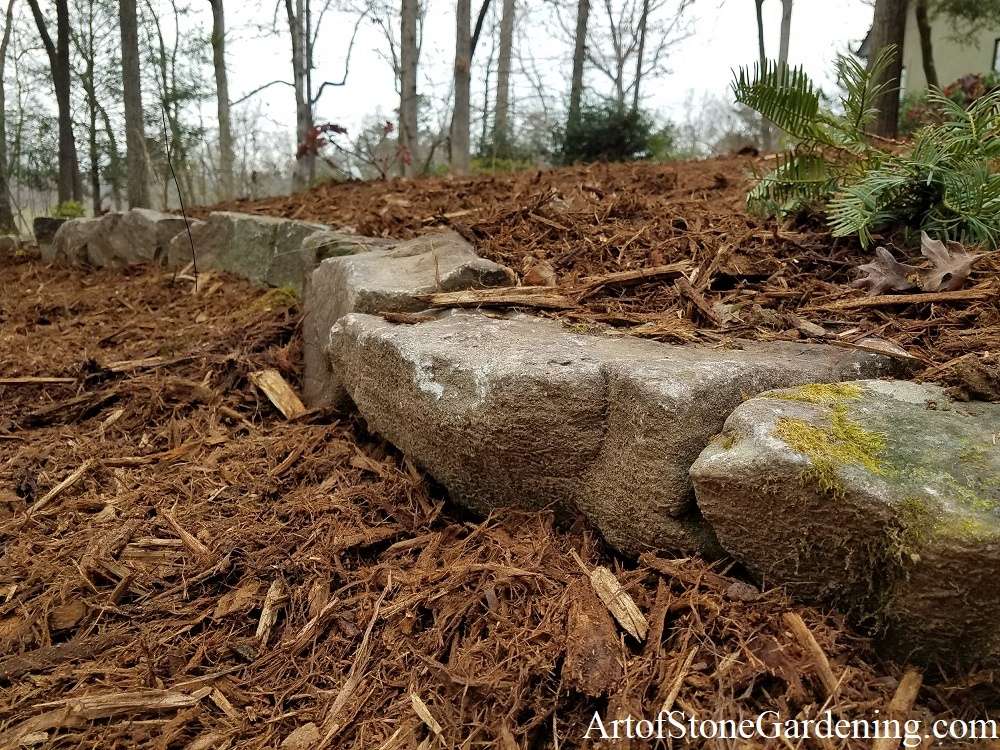 How much mulch you use and how you put it down is even more important than what kind of mulch you choose. When spreading mulch in a bed for the first time, put down 3 to 4 inches. It’s enough to cover the bare ground completely and help it retain moisture with out smothering your plants. After the initial layer, you only need an inch of mulch every year or so, depending on how fast your mulch decomposes.

You also need to be aware that too mulch is not a good thing.  Mulch in excess of 3-4″ can smother roots, not allowing them to breath.  It can also trap water near the trunk or base of a tree causing rot. 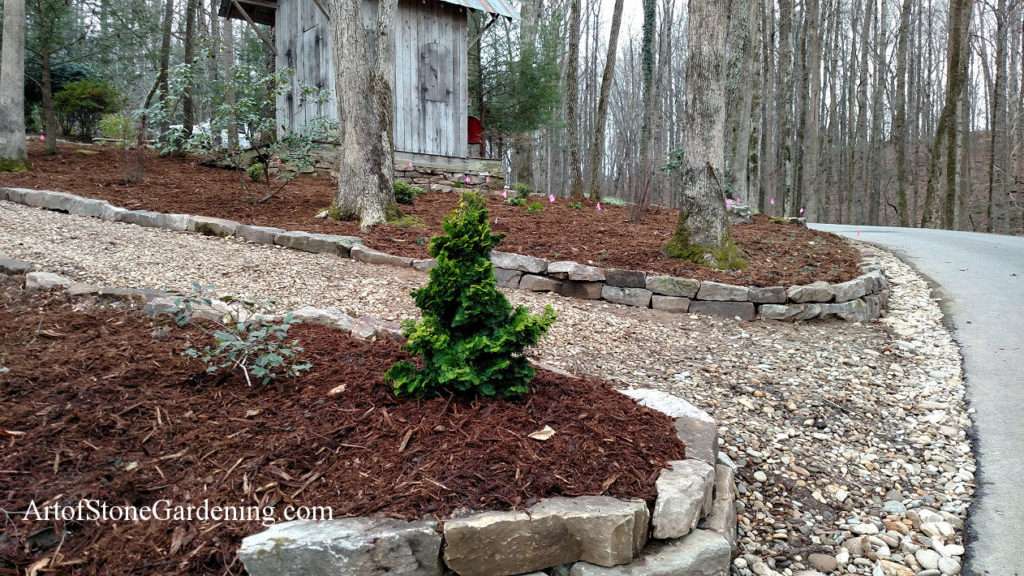 Do your garden a favor and keep it mulched. Not only will it look better, your plants will be happier and your water bill will be smaller. 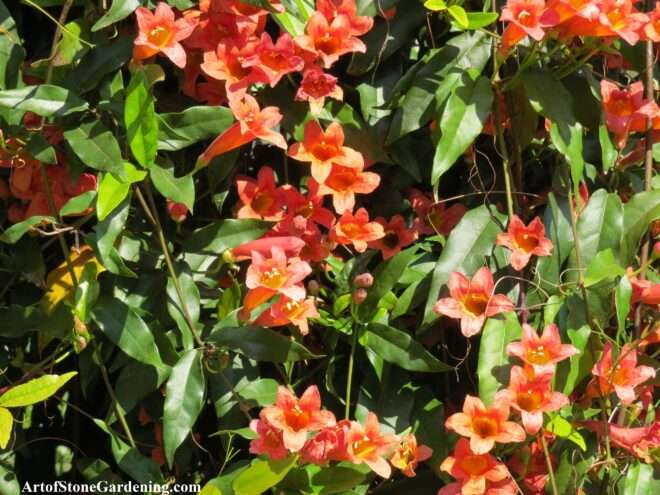 On the House: Tips for Vine Enthusiasts 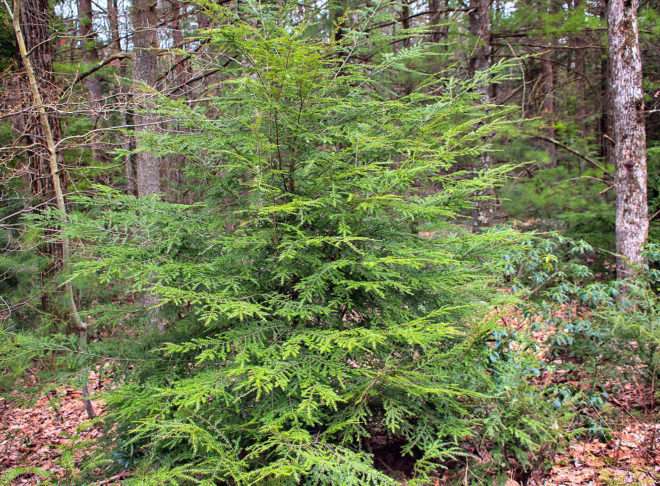 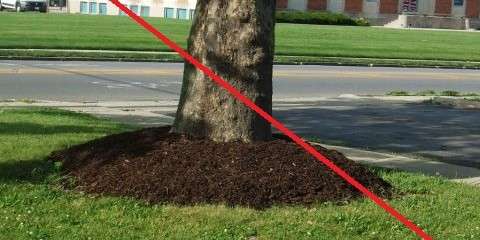 Low Down on Mulch – Gardening Care 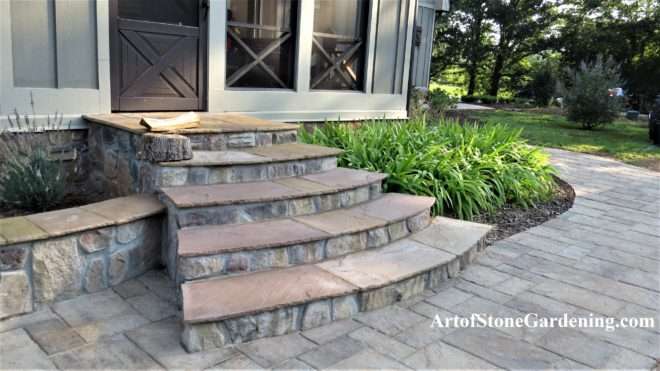 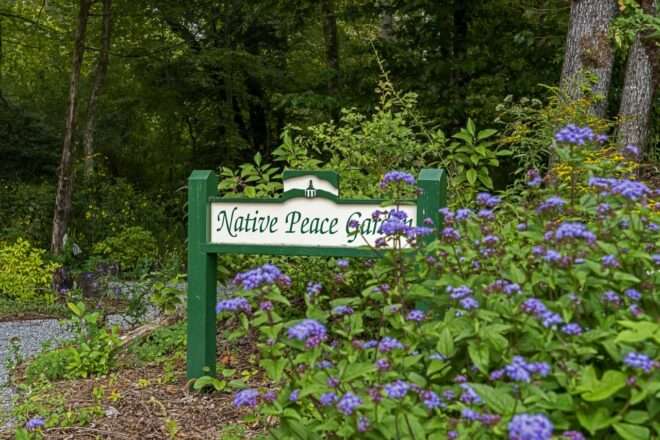 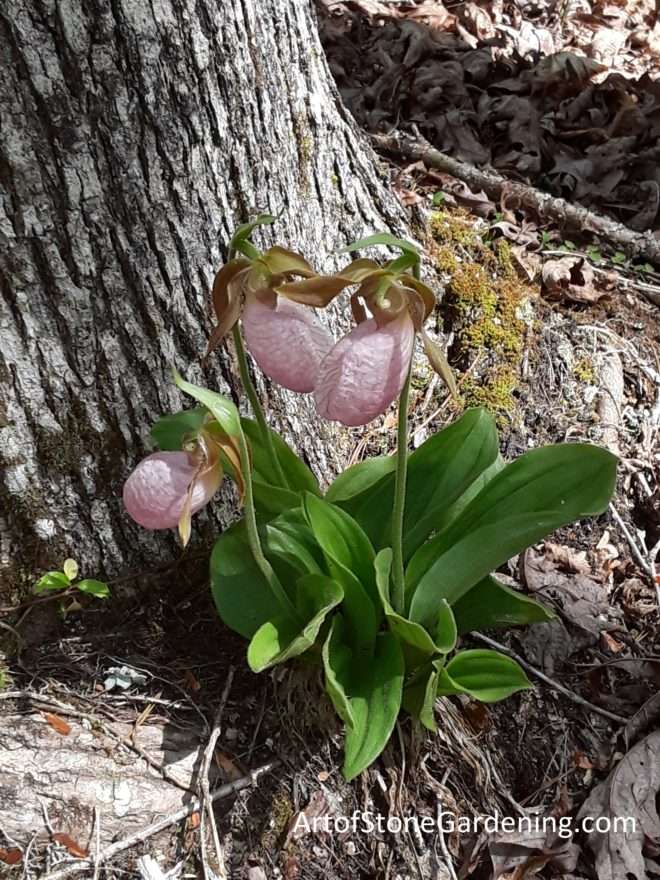